Poor productivity of Indian Forests: Who is to be blamed?

Nearly 23 % of the geographical areas in the India in under forest cover. The conservation of these valuable resources has attained greater importance due to their role is carbon sequestration, climate amelioration and ecological security apart from traditional tangible benefits of timber, firewood, fodder and other Non-timber forest produces.

There are numerous reasons for this low productivity which may range from faulty management, poor planning and implementation, policy changes to lack of investment etc., and to some extent the blame goes to the Forest administrators/managers. However there are few   major factors causing enormous loss to forest resources and its capacity to produce more thereby affecting the productivity like anything.

Two major factors among these are:

The cattle population in India was 350 million in 1950 which has been reached   to 520 million at present. At least  50% of this population ( 260 Million) depends on the forests for grazing which is mostly unregulated and free in many of the Indian States  which affects not only the regeneration of forest species but also affects the soil quality due to trampling and compacting of soil which  makes the soil more  prone to erosion. It is also confirmed in one of the studies that 78% of forests in India are subjected to heavy grazing, illicit felling etc. The problem is getting worsened every year due to increase in livestock population. 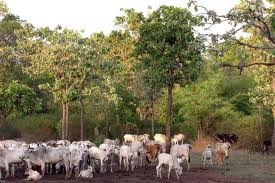 Nearly 50% of the demand of fuel in rural India is being met from the adjoining forests. The annual demand of fuel wood is estimated nearly 250-300 million m3. The recorded supply of firewood from Indian forests is only 17 million m3 and there is huge gap of approximately 260-270 million3 of fuel wood excluding the recorded supply. So from where this huge demand gap is being met?  It is only the adjoining forest areas which are subjected to continued extraction of fuel wood on a regular basis adding further miseries to the already degraded state of forests. 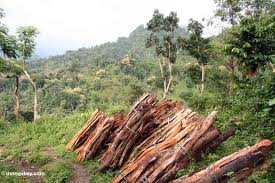 So who should be blamed for this? The fuel wood dependent increasing population having no alternatives of energy sources or forest managers who are having meager resources and poor policy support for appropriate interventions…..

(Disclaimer: The views and opinions expressed in this article are exclusively mine and do not necessarily reflect the official policy or position of any agency/government.)