HOW EFFECTIVE IS OUR TREE PLANTING PROGRAMME ( VAN MAHOTSAVA) ?

Other day when I was interacting with students of a local engineering college on the occasion of a seminar on environmental issues , a student asked me whether all the trees planted during previous Vanmahotsava programmes are established and if so why we have not sufficient area under tree cover ?

The simple question raised by this student confounded me making little uncomfortable for a while. Though I somehow succeeded in convincing him but while returning from college this question started bothering me .

Vanmahotsava or The National Tree Planting Programme or GREAT FOREST FESTIVAL was started in July 1947 after a successful tree-planting drive attended by national leaders like Jawaharlal Nehru, Dr Rajendra Prasad and Abdul Kalam Azad in .

In the early 50's this movement was renamed by late Shri K. M. Munshi, the then Union Minister for Food & Agriculture. Real impetus to this programme was given in 1970 which was started by state followed by other states. 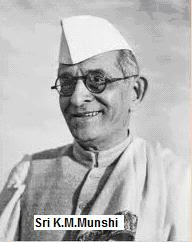 We have been taking up tree planting programme for the last so many years in a big way .There is no concrete data available as how many trees were planted in a particular year specially in the last few decades and out of that how many really survived. In the recent times there has been an overwhelming increase or spurt of activities centering around tree planting programme during Van Mahotsava . Big announcement of planting million trees to combat global warming and environmental protection are being announced by Corporations/ Municipalities / NGOs .Lot many publicity in all media follows this and on one fine day of van mahotsava the ceremony takes off . Dignitaries and Celebrities with smiling faces (holding the poor seedling) remind us to plant trees for our future which become the headlines next day.

It is true but same time a sad state of affairs for the country that in most of the cases the tree planting programmes proves to be formality and publicity stunt. There will be hardly a few locations where the trees planted during Vanmahotsava survived with good number at least for a year .

This state of affair hardly gets attention of media and general public .In my opinion there is need for a little introspection in this issue. This is more relevant this year as has been selected host of World Environment Day 2011 and further year 2011 has also been declared as International Year of Forests by UN.

I could summarize few points which appear to be main factors for not making tree plantation programme a real success. of success in the ongoing and ensuing planting programmes can be achieved if these small but important points are given due importance.

1. Lack of proper planning leading to adoption of temporary, unscientific, faulty methods like inadequate pit size, poor quality soil for plants, lack of watering facility etc. These all factors result into poor survival of the plant.

2. A quality seedling of desired species is another most important factor. It is however observed that most of the time this issue is not given due importance and whatsoever type of seedling (either crooked or undersized or weak) is available is used for planting which should be avoided. A general thumb rule for this is to use seedling having at least 3 feet height and reasonably thick stem (around 1 ” dia).

4. Real commitment and concern of all for this programme are two factors . All sections of society need to have the genuine realization about the need of tree cover and its importance.

5. Inadequate after care or maintenance specially watering and protection from animals.