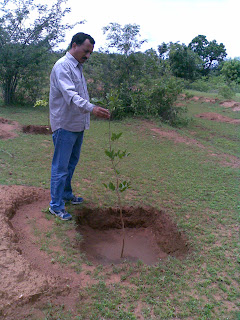 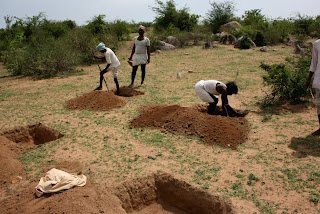 The forest department in our country has been entrusted with the task of raising plantations of various species suiting to local environment. Of late uncertainty over quantum and time of rainfall has affected the establishment of plantations to great extent in spite of adequate inputs to make these plantations successful. The situation is more severe in the parts of the Country which are having low rainfall less than 1000 mm. Moreover it is the pattern of rainfall (erratic or continuous ) which is responsible for making or mar the success of any plantations. The quantity and duration of rainfall are most critical factors for survival of plantations. In the recent past the changes in the pattern of rainfall mostly due to climatic changes has become one of the main challenging factors for plantations which are rain dependent unlike intensive plantations of horticulture and other species being raised with assured source of irrigation. This is not possible in the Forest areas mainly because of large extent of targeted area and some time due to lack of irrigation sources .

All these conditions have necessitated the need of exploring various alternatives of traditional planting methods. 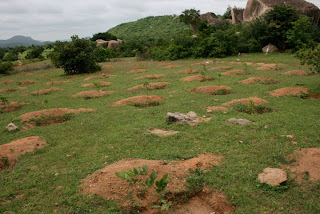 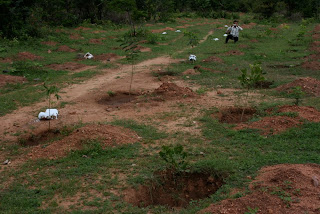