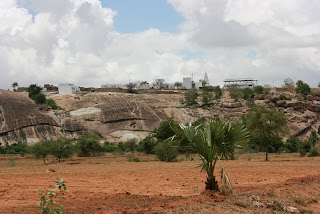 A view of the Temple

Mehboobnagar District of the Andhra Pradesh is known for its recurring drought followed by mass migration of villagers. However recently this phenomenon has been reduced to a great extent due to National Rural Employment Guarantee Programme , a flagship programme of UPA Government.

The District is also famous for its undulating terrain full of hillocks having rocks and boulders supporting dry deciduous vegetation wherever they find a little soil. 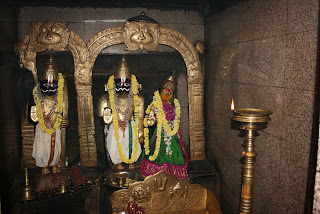 Deities inside the Temple
Known as Sri SitaRamachandra swamy Devasthanamu , this temple is also called as Second Bhadradri temple , the first being the famous Bhadrachalam Rama temple . Located at an elevation of 780 meters above sea level this temple is said to be established app 650 years ago. The priest of the temple told me that while the idols for Great Bhadradri temples were being made near Paloncha, a few idols of Lord Ram, Goddess Sita & Lord Laxman were kept there and one of the priests of this village got a dream about these idols and then he brought and established the temple here at this hillock. The man temple has these three idols . One of the specialties noticed in these idols is that Lord Rama & Lord Laxman are shown to wearing moustaches a feature which is not commonly seen in idols of Lord Rama. The temple complex is on the top of big rocks and the surrounding foot hill contain sparse vegetation, dominant being Cassia fistula ( Rela in telugu & Amaltas in Hindi) and Wrightia tinctoria (Pala kodisa in telugu) . The temple is one of the famous temples of the District and witnnesses huge crowd specially during Ramanavami festival. 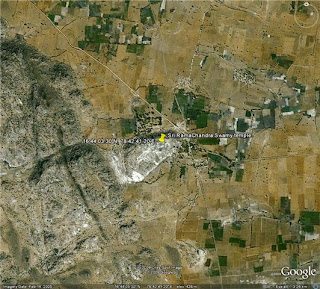